HOW TAX REFORM WILL AFFECT YOU 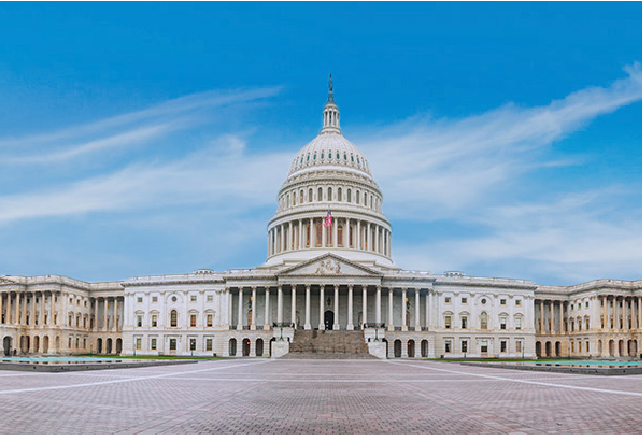 Are You Prepared for the Changes?

While the core concepts have not changed under the new tax law, many of the finer details and many statutory limitations are changing dramatically. With the re-balancing efforts of Congress, the overall effect on your bottom line may be positive, negative, or negligible. It depends on several factors.

The Joint Conference Committee report is almost 1,100 pages and we’ve condensed it down as much as possible wihtout losing its meaning. It’s new. It’s complex. There will be more clarifications coming. We just want our clients to be prepared.

Click Here for a Brief Overview of the Current “Formula” for Calculating Federal Income Tax.

Subtract the Greater of:

Click on Sections below to learn How the New Tax Reform Laws will Affect You?

Business Income – Previously, self-employed individuals were taxed on their net income (income minus expenses). Under the new law, you may be taxed on less. You may qualify for up to a 20% deduction. Limitations exist based on wages paid to employees and type of business. This is by far one of the biggest developments in the new law and is fairly complicated.

Pass-through Income – Like business income, you may qualify for up to a 20% deduction. Similar limitations apply.

Capital Gains – Preferential tax rates on capital gains and qualified dividend income will NOT change. Though presented in different language than prior years, the rate structure for capital gains in 2018 and forward is actually identical to 2017.

Social Security Benefits – Presently, up to 85% of your benefits are considered taxable income depending on your other income. While the new law does not change the calculation of what portion of your benefits are taxable, the net effect of new changes to the treatment of other income sources may increase or decrease the amount that is considered taxable. For example, a reduction in business income (see above) may result in you having lower income overall and thus a smaller portion of your social security benefits may be taxable.

Alimony – Currently, alimony payments are considered taxable income for the receiving spouse. Starting in January 1, 2019, this treatment will change depending on when the divorce agreement (or amendment to an existing agreement) takes effect.

o   If the agreement takes effect prior to December 31, 2018, the payments will be treated as taxable income for the receiving spouse for the duration of the agreement unless later amended after January 1, 2019.

o   If the agreement takes effect after January 1, 2019, the payments will NOT be treated as taxable income for the receiving spouse.

Moving Expense Reimbursement – Previously, reimbursements provided by your employer in response to incurred moving expenses were NOT included in income. The new law eliminates the exclusion (except for some members of the armed forces). Such reimbursements are considered income under the new law and subject to taxation.

Wages – No significant changes to the treatment of wages.

Interest – No significant changes to the treatment of earned interest.

Pension & IRA Distributions – No significant changes on treatment of these types of income. Roth IRA recharacterizations have been eliminated, however. Effective January 1, 2018, once completed, a rollover or conversion of funds into a Roth IRA can no longer be undone with a recharacterization.

Alimony – Currently, alimony payments are deductible for the paying spouse. Starting in January 1, 2019, this treatment will change depending on when the divorce agreement (or amendment to an existing agreement) takes effect.

o   If the agreement takes effect prior to December 31, 2018, the payments will be deductible for the paying spouse for the duration of the agreement unless later amended after January 1, 2019.

o   If the agreement takes effect after January 1, 2019, the payments will NOT be deductible for the paying spouse.

Moving Expenses – Previously, some moving expenses were deductible if incurred while relocating for a new job (subject to certain limitations). The new law eliminates this deduction (except for certain members of the armed forces).

Contributions to IRAs, MSAs, and HSAs – Still deductible. Roth IRA recharacterizations have been eliminated, however. Effective January 1, 2018, once completed, a rollover or conversion of funds into a Roth IRA can no longer be undone with a recharacterization.

Student Loan Interest – Still deductible. The limit of $2,500 is retained and remains subject to phase-out for high-income individuals.

Tuition Expenses – Still deductible. The limit of $4,000 is retained and remains subject to phase-out for high-income individuals.

Educator Expenses – Still deductible. The limit of $250 is retained

Presently, taxpayers have the option of itemizing deductions (by adding up such certain expenses as medical expenses, charitable donations, mortgage interest, etc.) or taking a standard deduction, whichever is greater. The standard deduction is a statutory value, pegged to inflation, that depends on your filing status. For example, about $6,000 for single filers and $12,000 for married couples filing jointly. Like personal exemptions, this deduction reduces taxable income and thus results in less tax being due. Starting in 2018, the statutory values for the allowed standard deduction will double.

·         If your total itemized deductions are more than the new (doubled) statutory value, there is no benefit for you. Itemizing is still better than the new standard deduction.

Medical Expenses – Previously, only expenses that exceeded 10% of your adjusted gross income (AGI) were deductible. The new law drops this to 7.5%, making it more accessible.

Charitable Contributions –Previously, the deduction for charitable contributions was limited to 50% of your adjusted gross income (AGI). Any excess contributions can be carried forward and deducted in future years. Under the new law, this limitation is increased to 60%.

o   For mortgages incurred prior to December 15, 2017, mortgage interest on up to $1,000,000 of debt is deductible and will continue to be deductible for the duration of the loan agreement.

Home Equity Loan Interest – Such interest was previously deductible in much the same manner as mortgage interest. As of 2018, interest on a home equity loan is no longer deductible.

State & Local Taxes – Previously there was no limitation on the deduction for state and local taxes. For most people, this is an aggregate of 3 components: state income tax, real estate taxes, and personal property taxes (e.g. property taxes on automobiles, boats, etc.). The new law limits the deduction to $10,000. The limit applies to all filers except those who are married and filing separately. In that case, each spouse gets only $5,000. Couples, those with high income, and those with large property tax bills will be noticeably affected here.

Casualty & Theft Losses – Previously, certain losses due to casualty and theft that were not compensated by insurance were partially deductible to the extent they exceed 10% of your adjusted gross income (AGI). Under the new law, the deduction for casualty and theft losses now only applies to disasters declared under the Stafford Act. Such losses are subject to the same limitation as before.

Lesser Deductions – Certain expenses that exceed, in total, 2% of adjusted gross income (AGI) are presently deductible. These items are typically smaller in nature and thus are often not deductible due the 2% threshold. These are things like tax preparation fees, expenses incurred for your job that are not reimbursed by your employer, hobby expenses, investment fees, etc. Under the new law, this entire group of deductions is eliminated. Investment fees are typically the largest contributor to this group. Those with significant investment fees will be negatively impacted.

Total Deductions – The total of all itemized deductions was previously limited for high-income individuals. The new law removes this limitation.

This will affect almost everyone. The number of tax brackets has not changed, but the tax rates in each bracket and the width of each bracket have changed. Ignoring all other changes in the new law, most people can expect a decrease in their marginal tax rate. Be advised that the interplay of all the positive and negative changes discussed above may mean that even with more favorable tax brackets, you may end up paying more overall. The brackets themselves are not the end-all determinant.

o   A greater proportion of the credit is now refundable (i.e. can be claimed even if you end up with effectively $0 income tax liability). This will serve lower-income families.

o   No credit was previously allowed for dependents that were not qualifying children. The new law provides for a $500 credit for such dependents.

The new law includes a provision to repeal the individual mandate from the Affordable Care Act (Obamacare). The penalty is reduced to $0. Unlike most changes, the change takes effect starting in the 2019 tax year rather than 2018. This means you may still be responsible for acquiring and maintaining health coverage in 2018 to avoid a penalty on your 2018 return. Rumors previously swirled that the Trump administration would not enforce the penalty on 2017 and 2018 returns by allowing the IRS to process returns that do NOT provide information about health coverage. The IRS has squashed that rumor and announced definitively that they will reject such returns (see NY Times article here).

As you can see, there’s a lot going on, and this is only for your personal return! Business returns have their own slew of changes. We hope to get out another email in the coming days regarding changes to business returns.

So what are the takeaways from all this?

o   On December 28th, 2017, the IRS clarified that property taxes must be both assessed and paidin order to be deductible. You cannot prepay a bill that has not be assessed.

o   Corollary – Take advantage of the new rates while you can! For example, consider a Roth IRA over a traditional IRA while the tax rates are favorable.

If you own a business, keep an eye out for our forthcoming email about business returns.